Teaching your Children about Santa Claus, or; Why it's best to Beat your Child with a Stick

The time is again upon us when we can trust in the commercialization of Christmas to bring us the omnipresent Santa Claus. The St Nicolaus of lore. The puffy man clad in red and white garb whisk about the skies by eight reindeer and their reddened beacon mate as a guide. The fanciful stories of superhuman capabilities. The arbiter of whom gifts are to be bestowed upon for their exemplary behaviour, or at least that which exceeds the minimum threshold for being strangled. 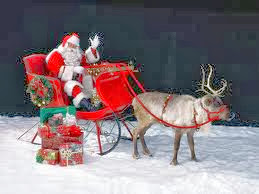 But how effective is the use of an alleged omniscient overseer of the mechanism of bribery in maintaining discipline in children, or adults for that matter? And, what does it teach?

The root of discipline, proper behaviour as it may be called, is providing children with opportunity and responsibility through modeled actions. Children are too often robbed of these elements by hurried parents who are not willing to invest time in modeling or explaining the purpose of acceptable interactions. Instead children are told what to do, when to do it and how to feel about. “I told you to do that now and you'll be happy about it.” But that robs children of a voice, a sense of belonging, and respect.

The threat of reward or punishment as a means of attaining desired behaviours is not an effective tool. Instead punishment produces quick obedience followed by vengeance, resentment and rebellion. A child adapts by avoiding detection, harboring anger, and acquiescing out of fear. Rewards function in a similar manner. Rather than readily comply, the child may hold-out for the benefit offered by a pliant parent. The child quickly learns the power play of rewards and punishment instead of the social responsibility of rightious behaviour. The child learns to win favours and instead of discipline the parent-child relationship becomes that of winner and loser. When a parent wants to be a winner that makes the child the “loser.” This can only exacerbate the problem.

When engaged in the discipline power struggle, adults often feel threatened, hurt or inadequate. These feelings are expressed in frustration or anger as those at least, ironically, provide a sense of control. The resultant can be vilification and humiliation. This demeaning of the child is disrespectful and breaks the essential element of positive discipline – mutual respect. 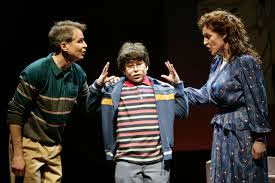 Effective discipline is not the result of having to catch the child being “good” or “bad” (concepts which I feel are only abstract and not rooted in actuality) but of helping the child understand the goal of respectful social interaction. To be effective the child needs to see actual results rather than attempt to memorize a set of arbitrary guidelines. These natural consequences reinforce the root of the desired behaviour as well as the respect for the sage advice of the adult. Rational limits should be placed on teaching through cause and effect, or consequence, but advising and letting a child chose can have a more lasting impact.

It's advisable to not chase each other and run around in certain situations. The child who decides to do so and ends up crying over a scraped knee is offered a wet cloth. That child learns to take ownership of his actions. He decided, against your pearls of wisdom, to undertake the action for which he now likely regrets and must tend to on his own. Over time these events will reinforce in him a respect for your cautionary admonitions.

If you still remain tethered to the idea that punishment, especially physical, teaches children fit and proper behaviour then try applying that in real life. You find that when your back is turned that your child is darting between cars in a parking lot in contradiction of your command. That provides a great opportunity to administer your typical assault on the child's rear end and then freely turn your back to the child when in parking lots now that he has “learned” not to dart between cars. Likely you will catch yourself trying to monitor your child to ensure his safety although you already “taught” him not to engage in the unsafe behaviour.

So this brings us back to Santa Claus. That threat of reward or punishment has no intrinsic value as it is not based upon a natural consequence and does not demonstrate respect for the child. The insidious nature of this confabulation of the reward/punishment medium is revealed in its resultant effect.

Eventually children learn of the great deception of Santa Claus. The older they are when enlightened the more severe the effect. As spouses who have been cheated on know, the dismantling of trust through a great deception becomes a bond that is difficult to rebuild. Moreover the child learns that lying is an accepted measure when seeking a desired result – the ends justify the means. Finally, there is the humiliation. 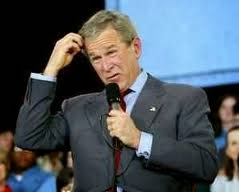 As George W Bush once famously said, "There's an old saying in Tennessee — I know it's in Texas, probably in Tennessee — that says, fool me once, shame on — shame on you. Fool me — you can't get fooled again." That doesn't help one bit but the idea is that it is shameful to be repeatedly fooled. Just like the spouse who was cheated on through an elaborate ruse that “everyone else knew about”, the child who is gulled by parents, relatives, neighbors, media, business interest, and likewise fooled cohorts is shamed when confronted by the reality. The very people that the child trusted, adored, relied upon were all laughing behind his back at “his stupidity” or so he feels. While an adult he may look back and profess to be unharmed thereby rationalizing his demeaning his own child with the same fairy tale ruse but the harms, however repressed, will always linger.

It is time to slough those teachings about Santa Claus and anything else that portends some omnipresent force tabulating behaviours for which rewards are withheld or punishments are meted. Instead, you should demonstrate respect for your children by acknowledging their ability to learn, develop, appreciate and eventually respect you as a loving, nurturing, guiding parent that you aspire to be. Don't let an “innocent” fairy tale destroy a healthy relationship before it has time to blossom.

©2008, 2013 Stuart Showalter, LLC. Permission is granted to all non-commercial entities to reproduce this article in it's entirety with credit given.
Posted by Stuart Showalter - Child Custody Advisor at 7:58 AM